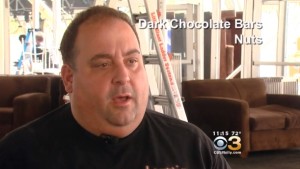 PHILADELPHIA (CBS) — Pope Francis was a religious rock star this weekend in Philadelphia.

And like all rock stars there are screaming fans, a VIP lounge and a few special requests.

“So this room here, this is where all the VIPs were, although it was a bunch of cubicles and dressing rooms a couple hours ago,” said Rocco Gallelli. “This was his personal area.”

(Woodill:) “So the pope was standing right here.”

“The pope was standing right here where we are now,” said Rocco Gallelli.

No rookie when it comes to setting up a backstage bounty, Rocco Gallelli and his company Innovative Catering were responsible for a VIP spread for the papal visit.

“We kept it simple,” said Gallelli.

Although there were a few requests from the Vatican.

“Dark chocolate bars, it was nuts, no peanuts, with salt, there were bananas, naturally he’s a big fan of bananas, and there were artisan breads and some cheeses that we had in there along with some fruit, and cookies,”  said Gallelli.

And getting these pastries to the Parkway on Saturday, locked down by Secret Service, it clearly paid to name drop.

“I needed an escort to go get the pastries so I could get in and out of the zone, okay,” said Gallelli.  “Next thing I know there’s two motorcycle cops in front of my car saying, ‘come on where do we have to go sir.’ I’m like okay, what do I do? They’re like, ‘just follow behind us.’”

The rock star requests didn’t stop with the Pontiff.

“We also made up a platter of cavatelli for him,” said Gallelli.

And we also heard The Fray downed a couple of shots of espresso.

“Goosebumps and nervousness,” said Treatman. “When you provide the camaraderie of a cup of coffee to visitors and dignitaries that’s as good as it gets in this business.”

And Rocco would also agree.

“It’s the biggest honor anybody could ever have, I mean our resume now is official caterer for the World Meeting of Families,” said Gallelli.

Although the festivities are over, Rocco will never forget this experience. He says preparing food for the Pope was the best day of his life, next to the day he was married and the birth of his children. 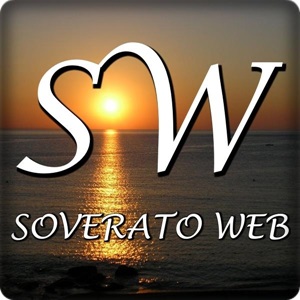